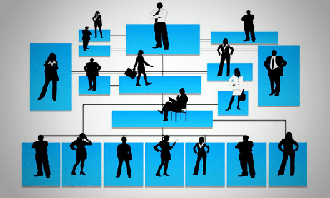 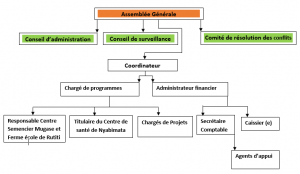 The General Assembly is the supreme organ of ADENYA. It is made up of all the effective members who currently number 29, including 9 women representing 31%.

The board of directors is the body responsible for the day-to-day administration of the organization. It is currently composed of 5 people including 2 women representing 40%. It meets statutory and ordinarily 4 times a year. Sometimes, he follows up on activities in the field as part of reassuring himself of the progress and giving advice.

The Statutory Auditors / Supervisory Board

The statutory auditors constitute an internal audit body of the organization. Currently, there are 3 people, including 1 woman representing 33.3%. Their meetings are quarterly, ie 4 times a year.
Conflict Resolution Committee,

The conflict resolution committee is composed of 3 members including 1 woman who are elected within the General Assembly. Its main task is to contribute to the prevention and resolution of conflicts that could affect the organization in one way or another. Their meetings are quarterly.

The ADENYA executive team is made up of 44 permanent staff, including 20 women and 24 men. It also has a seasonal workforce of at least 169 agricultural workers, including 132 women and 37 men.